Usually, we expect an investment portfolio to increase in value over time. However, an unforeseen market crisis can occasionally lead to a reduction in the value of your investments. When this occurs, the amount that the investment has decreased in value is referred to as a capital loss. Learn more about capital loss deductions and how to use these deductions for a healthier tax return.

The Different Kinds of Capital Losses

Why The Distinction Between Realized and Unrealized Losses is Important

Just as you can claim work-related expenses against your taxable income, you can claim a capital loss against capital gain you made during that same tax year. Let’s say that in 2020, Jim decided to sell his mutual fund investment at $45,000 for a long-term $5,000 capital loss. In that same year, he also made a long-term capital gain of $20,000 on an investment property that he sold. At the end of the tax year, Jim can net the two values, reducing the taxable portion of his long-term capital gain to $15,000.

Martha has to declare the loss in the same year that it’s made. However, she can’t claim a deduction that is greater than the amount of capital gain made during the same year. In this case, Martha can claim $10,000 as a capital loss deduction, and then claim a further $3,000 against her regular income. In the years that follow, she can continue to claim $3,000 against her other types of income during each tax year or use the remaining amount of capital loss to offset future capital gains.

When calculating your tax deduction for capital loss in a given year, use the following formula to net your short-term and long-term gains and losses:

If we take Martha as an example again, the net capital loss deduction would look like this:

From this final amount, Martha can deduct $3,000 against her other types of income and the $84,000 remaining balance will be carried over as a capital loss deduction that she can use in subsequent years.

A Workaround for Maximizing Your Capital Loss deductions

Earlier in this article, we explained that you can only get a tax deduction for capital loss on investments that you actually sell. Often, investors prefer to hold on to their investments in the hope of an upcoming market recovery. There is a way to generate a capital loss while still riding out the change in the market.

To create a capital loss deduction, some investors choose to liquidate their low-performing investments and purchase very similar investments with a different ticker symbol. This means that they can claim the loss against their recognizable gains for the year while making further gains that they can realize in the future.

The reason for purchasing different investments rather than immediately repurchasing the losing shares is that the IRS wash sale rule disallows making a capital loss deduction if you repurchase the investment within 31 days.

For investors with a large portfolio, navigating capital loss deductions can become quite complex when there are multiple gains or losses to consider. An advisor from ML&R Wealth Management can help clear up any confusion. Contact our team to schedule your free initial consultation and improve the health of your investment portfolio with our research-based wealth management strategies. 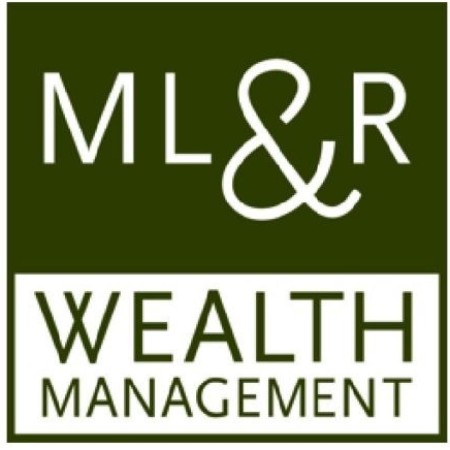 As Chief Compliance Officer, Sarah Wasaff works to keep our department in agreement with SEC regulations. Sarah joined ML&R Wealth Management LLC in 2015. In addition to her role as CCO, Sarah is the Director of Operations and creates processes to make our team function efficiently. SEC compliance is her specialty.

Create a good financial plan, then take comfort in it